Postcard of Paris, the Louvre Museum is located on the right shore of the Seine and is the most important in France, a true historical monument and one of the most visited in the world.

In 2018 the museum registered the largest number of visitors in a single year. More than 10 million people walked through its immense external areas and admired some of the main masterpieces of humanity. We can doubtless say that it is possible to appreciate a synthesis of human production by walking along the corridors of the Louvre.

The Louvre Museum’s fortress that became a national icon

The space that now houses the museum was built in 1190, during the reign of Philip II as a fortress to protect the French from the Vikings invasions. It is possible to identify the remains of this structure when walking through the basement of the museum. Due to the city’s urban expansion, the fortress ceased to have a defensive function. After several changes in its architecture, the building started to be used as a royal palace in 1546. The building was enlarged many times, until it formed the current Louvre Palace.

In 1682, after the choice of the Palace of Versailles as the residence of the monarchy, the Louvre was transformed into a place to display the royal collection

It was only at the end of the 18th century, in 1791, during the French Revolution, that the palace was defined by the Revolutionary Assembly as a space dedicated to art and science.

The museum opened on August 10th, 1793 with an exhibition of 537 paintings, most belonging to the royalty or properties confiscated by the church. Until the year 1855, the public was only allowed to enter on weekends. On other days, the space was reserved for artists who wanted to study the works of the great masters. Over the years the collection was expanded and occupied other rooms in the building.

Currently, the Louvre Museum’s collection has more than 380 thousand items and displays approximately 38 thousand objects, from prehistory to the 21st century, which are displayed in an area of 72,735 square meters, distributed in eight departments.

Among the most famous works on display are Venus de Milo, a sculpture by an unknown author, and Leonardo da Vinci’s Mona Lisa.

As well as the works it houses, the external area deserves a lot of attention for its architectural representativeness and also for hosting the famous Louvre Pyramid, a prokect that was widely contested by the French at the beginning and that took a while to become popular. Today it represents one of the symbols of the museum and is among the most desired attractions on the list of tourists.

The project by the Chinese American architect Ieoh Ming Pei, was inaugurated on March 4th, 1988 and opened to the public a year later. Due to the amount of people who circulate in this area on daily basis, the coating of choice should offer beauty, resistance and color that would highlight the building. Spatium Petra was the company chosen to carry out this work, which had a specialized team and professionals who accompanied the entire process.

The stone used for paving the entire Louvre Museum was Granite Cinza Corvaceira, a granite of light gray color, of two micas, sort of granulated and homogeneous. 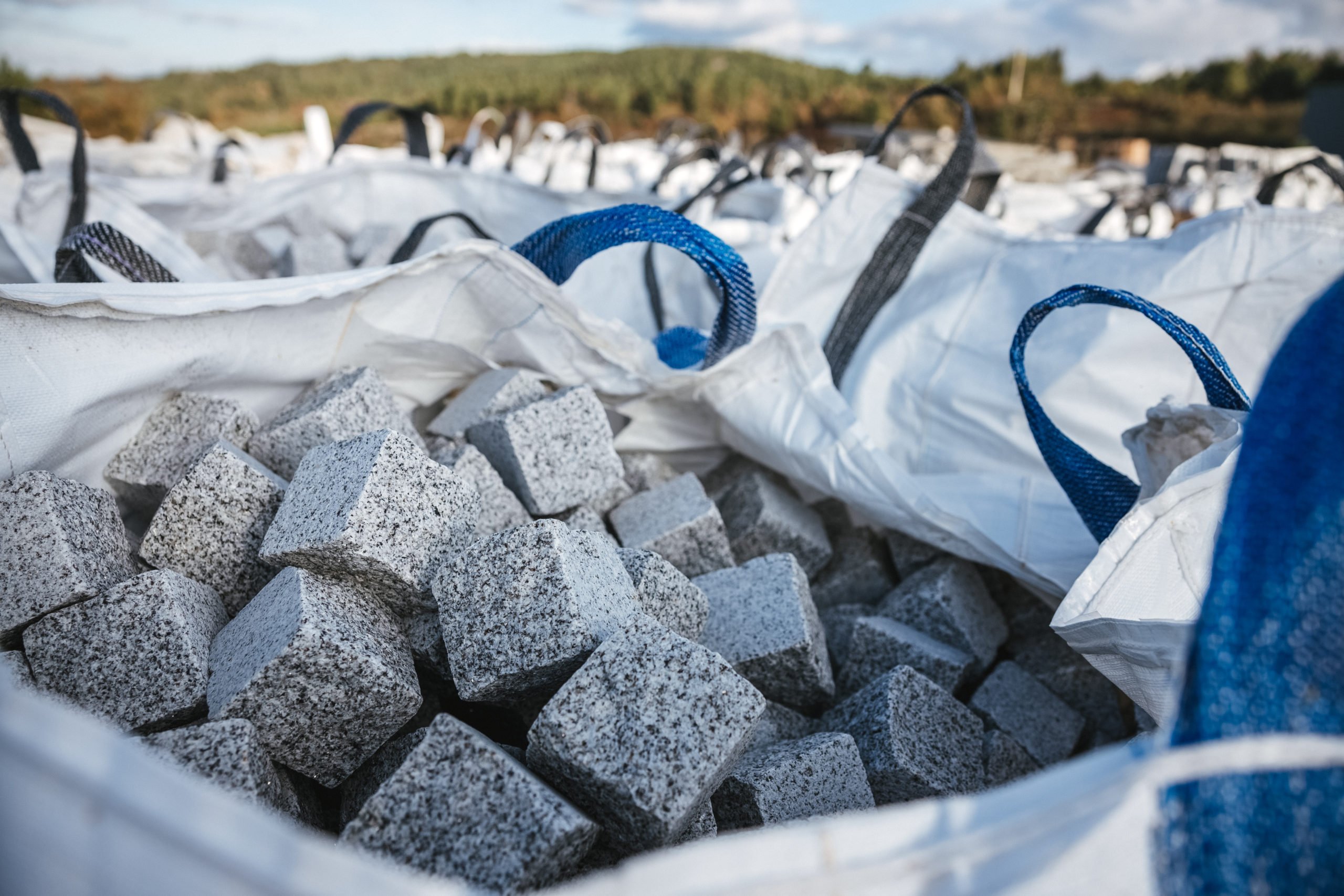 The Granite Cinza Corvaceira is produced at Granumlux, one of the three companies of Spatium Petra Group in Portugal – Image: Spatium Petra

Even if you are not an art lover, it is impossible not to give in to the architectural and beauty charms of the Louvre Museum.

Spatium Petra is very proud become a part of history through this icon of world culture and architecture. Keeping the richness and beauty of natural stones alive in buildings and renovations is our greatest goal.

Click here to learn more about us and how we can assist you.