Lyon, located in the Colombier-Saugnieu region, is a historic city and of great value to humanity. Its ability to preserve monuments, cultural traditions and architectural richness has earned a recognition by UNESCO. Since 1988, the historic urban center of Lyon (the Vieux-Lyon area, with the hills of Fourvière and Croix-Rousse) has been part of the World Heritage Site. And Lyon Airport is included in this history.

20km from this city is Lyon-Saint-Exupéry Airport, opened on April 12th, 1975 and one of the most important in France. The name of the airport is a tribute to the pilot, illustrator and writer Antoine de Saint-Exupéry, author of one of the greatest classics in French literature, “Le Petit Prince” (“The Little Prince”). His work, written in 1943, is known worldwide and has already been translated to over 220 languages and dialects. 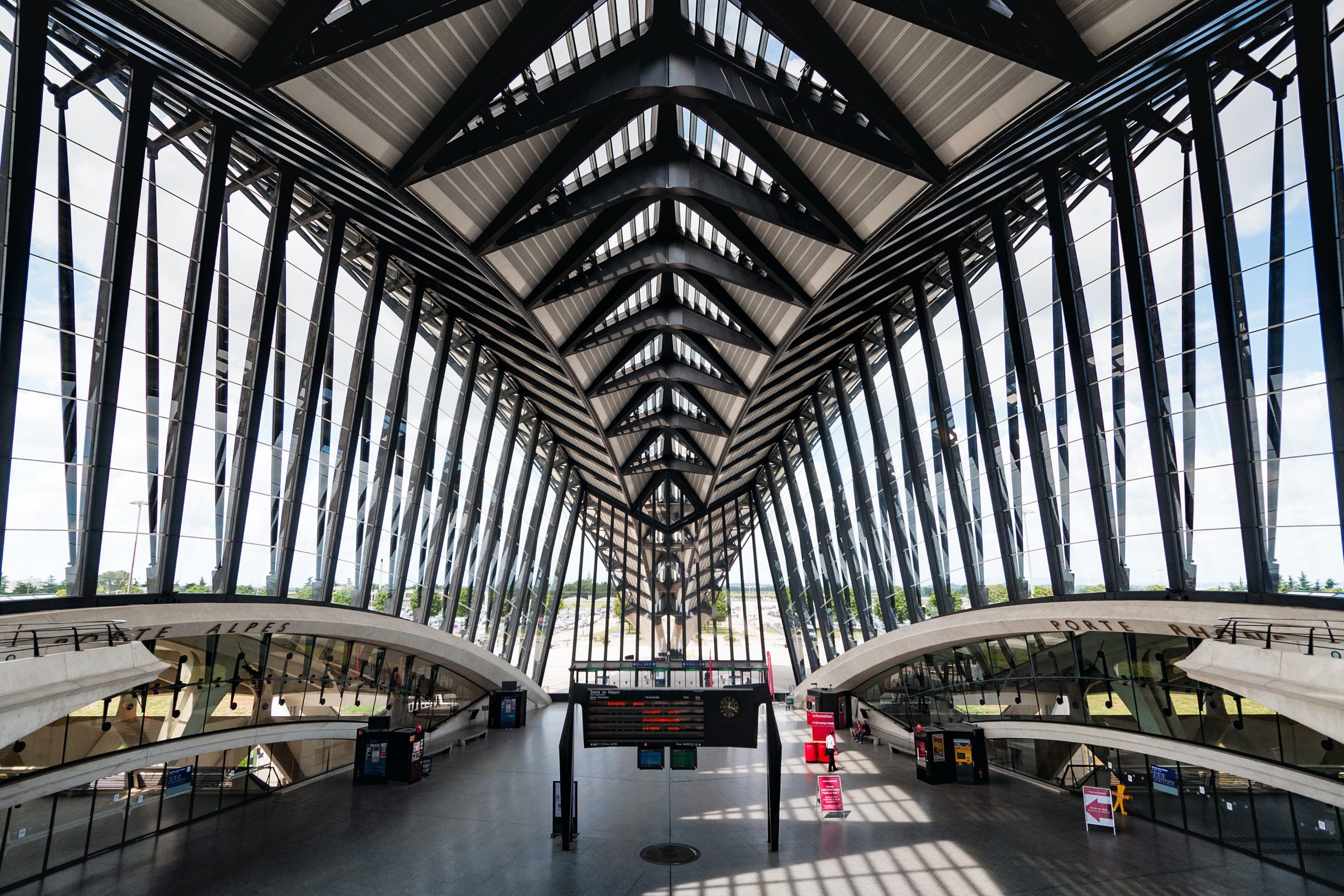 Lyon airport operates national and international flights to major European destinations, as well as destinations in the Middle East, Africa, Canada, the United States and the Caribbean – Image: Pexels

It also represents an important connection to the Rhône-Alpes tourist region, where Mont Blanc and its famous ski resorts are located.

The most striking part of Lyon Airport is its large, modern external structure. In the period from 2014 to 2017, the airport was renovated and had an increase of 70 thousand m2 in its total area, which enabled a better quality of service to the public and airlines that use the airport daily.

Currently, it has the capacity to service 11 million passengers distributed in three terminals, being Terminal 3 exclusively for low-cost airlines, in addition to two runways aligned north-south.

Its support infrastructure counts on 16 thousand parking spaces divided into six areas, with the objective of facilitating the access of passengers to the departure and arrival terminals, according to the destination and airline.

The granite of the Lyon Airport

The work at the airport took 3 months and the main challenge was to use the granite respecting its sinuous architecture and integrate the stone with the rest of the other materials.

Spatium Petra was the group chosen by the airport administration to present the solution that allowed the application of Granite Cinza Antas in 7×9 cubes to an area of 500m2.

The work was conducted following a schedule that would not hinder the airport’s activities and flow. The project counted on a technical team 100% dedicated and who understood the importance of causing the least inconvenience to passengers and crew. 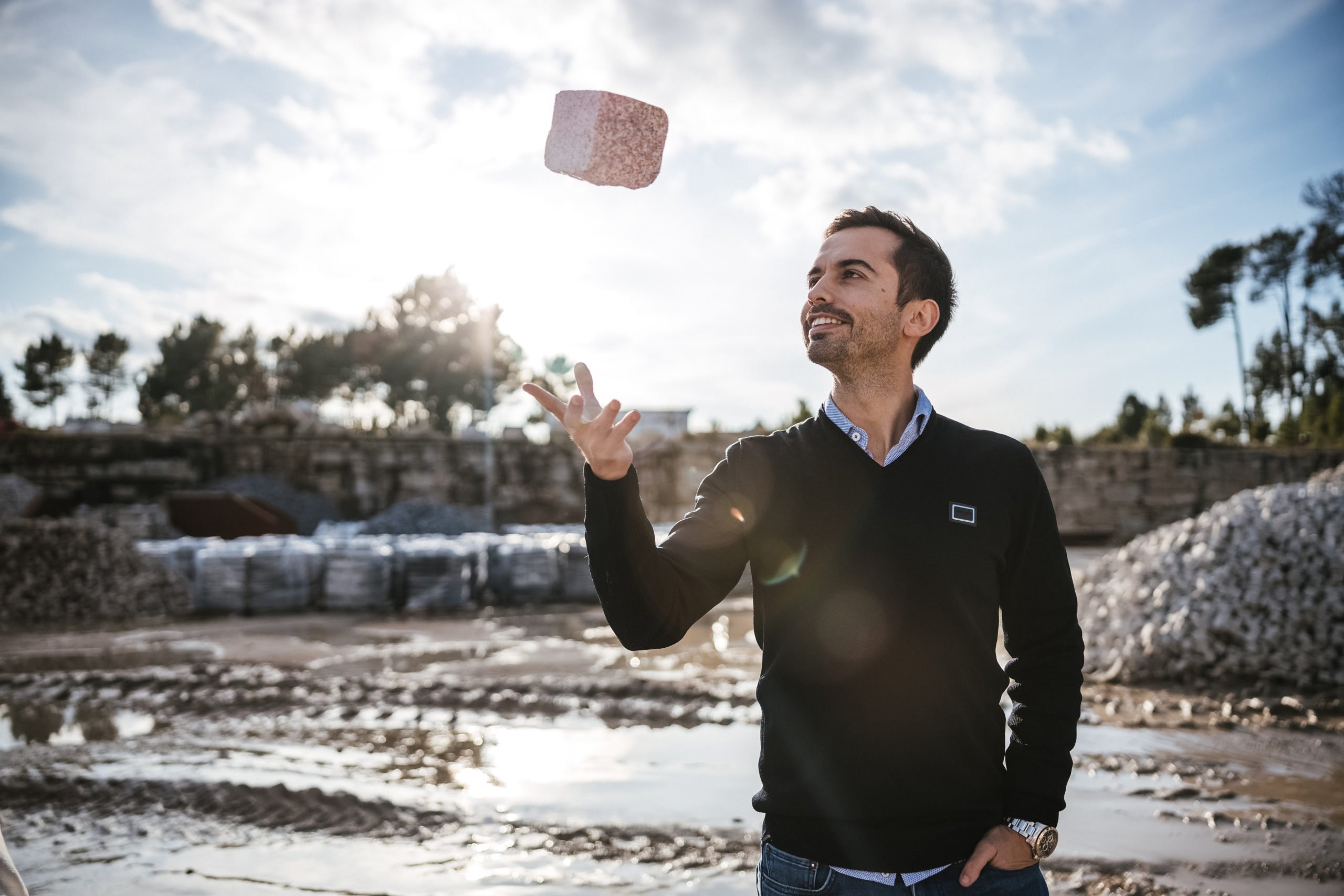 The Granite Cinza Corvaceira is produced at Granumlux, one of the three companies of Spatium Petra Group in Portugal – Image: Spatium Petra

Improving an environment is changing its appearance without losing its essence. By applying natural stones to columns and the outdoor areas of the airport entrance, Spatium Petra was able to modernize the space and deliver more grace and esthetic harmony.

Partnering with a company that manages to monitor the entire raw material supply process guarantees the completion of a work within the planned deadline. No matter the size of your project, our team will be able to accomplish your idea.

To learn more about our services and other works that we have already helped to do, click here.